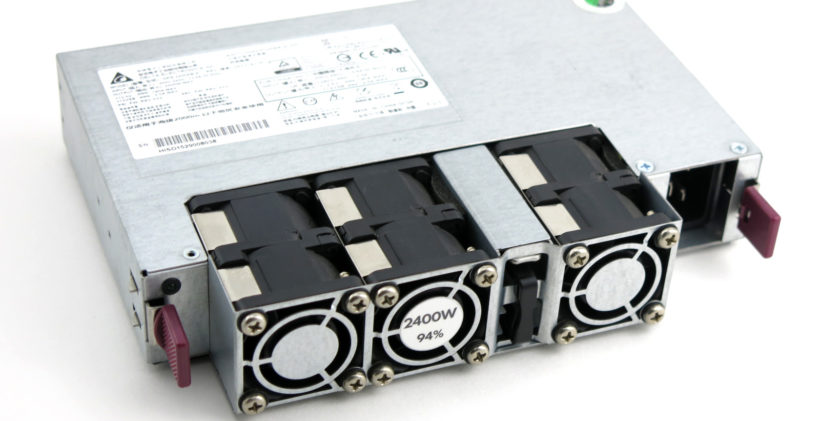 Delta’s DPS-2400AB A 2400 watt server power supplies have left a mark on the cryptocurrency mining world!

These 12.5-volt units were originally up for grabs after a custom order was canceled, leaving Delta with surplus stock. Delta discontinued the never released to public PSU. Most of the unused units made their way into Centrix International’s possession in 2015. We knew the dual power bar slots, high available wattage, 94% efficient Platinum rating, and 12.5V features made the DPS-2400AB A a very special power supply, but we didn’t know just how in-demand they would become!

In 2017 as the general public caught on to the potential of cryptocurrencies and blockchain technology, Centrix saw a boom in business. At the same time, crypto miners realized en masse that the extra 0.5V provided by the Delta 2400 watt PSUs improved their ROI; the steady 12.5V enabled ASIC miners and GPUs to perform at higher, more consistent hash rates. The fact that server power supplies are designed to run at 100% load 24/7 for years was another selling point. The only aspect that may need a pause for consideration is the 200-240V power requirement; a lot of individuals in the US only had access to 110/120V.

With all those benefits (and singular potential downfall) it is no surprise that the PSUs sold out by year’s end. From December 2017 until March 2018, the number 1 question was when this amazing unit would be back in stock. It wasn’t until the end of 2018 that we successfully sourced new, unused Delta 2400 watt server power supply units.

In that time DIY users found other uses for server power supplies; we’ve seen it used as a benchtop unit to power holiday light shows, drones, custom built speakers, and countless other projects.

If you’re interested in having your own beautiful beast of a 2400W PSU, check out the product here. Additionally, wholesale discount is available!

1 thought on “DPS-2400AB A: The Revolutionary Server Power Supply”